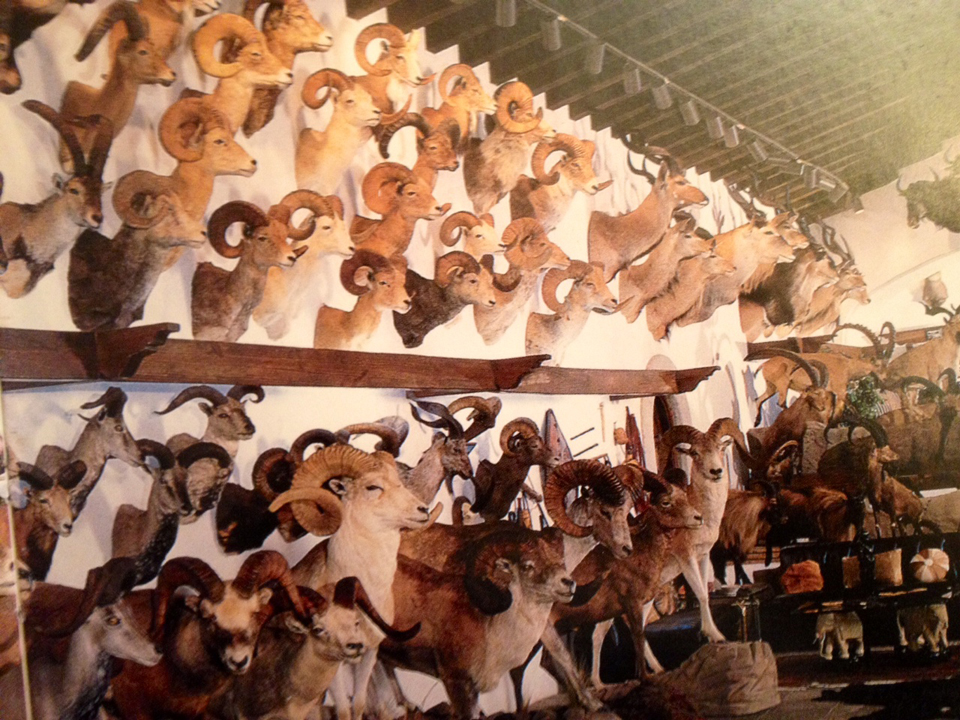 Cabinets of curiosities were the places during the time of the great explorations and discoveries (XVI century and XVII century), were being collected and a host of rare or strange objects representing all or any of the three presented Kingdoms of nature as understood at the time, animals, vegetalia and minerals, besides human achievements. The curio cabinets are the direct ancestors of museums of present.

Overall in the cabinets of curiosities curiosities and findings from new exploration or technically advanced instruments were exposed, as for example in the case of the collection of objects Czar Peter the Great. Because of this, played a key role in the launch of modern science although they reflected the popular beliefs of the time (the rare find was bleed the dragon skeletons of mythical beings). The publication of catalogs, usually illustrated, allowed access to the content for the scientists of the day. They had great importance in the early study of certain disciplines biology to create collections of easy access fossil, shells and insects.

Cabinets of curiosities or wonders Rooms disappeared over the centuries XVIII and XIX. The most interesting objects considered were relocated to the art museums and natural history that were beginning to create.

In the twentieth century science museums ,keep all those items in stores or scientific collections for the study , and expose artificial plastic rather than real objects only great museums like the Americans and Europeans have some collections care and have expanded .

During 70 , 80 and 90 hunting in Spain a very big bang tube international hunters ,exploring the sites were hunting as a natural resource explorers and hunters have hunted these large interesting animals that gradually have created very large collections and , all these people today have their trophies in their private hunting lodges ,houses or warehouses.

Today hunting is a source of wealth and hunting explorations are more common , los cazadores disponemos de menos espacios , retain trophies almost three generations in stores , garages or homes that look authentic taxidermy there are times we have to fight with our families to preserve our hunting trophies .

What the average hunter collections ,year that hunting, inadvertently have very interesting collections? many are left in storage rooms and garages ,dumped on other auctions and many thrown away by his heirs .

El Museo de la Caza de Los Yébenes como fundación – association nonprofit of their collections have been donated by hunters and collectors and are exposed to the dissemination and teaching of hunting and nature for the future of our children in a village hunting and animals naturalized coexist as part more, we are considering expanding our examination room with these collections of explorers hunters .

Disclosure of hunting and conserving copies of collections of hunting will be critical to the future of our children traditionally looking to create a natural community outside hipsters, and scientifically ,Study of the conservation of animal species future.

MUSEUM OF HUNTING AND NATURE OF PARIS